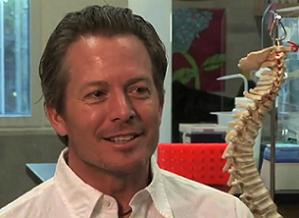 In the six months since scientists announced they had infused a drug made from human embryonic stem cells into a partially paralyzed patient’s spine, the identity of the recipient has been shrouded in secrecy.

Recently, rumors began circulating in Internet chat rooms that details about the closely guarded experiment were finally about to be revealed.

Now, a 21-year-old Alabama nursing student who was paralyzed from the chest down in a car crash in September has come forward to identify himself as the volunteer.

“I was the first patient,” Timothy J. Atchison of Chatom, Ala., said in a telephone interview with The Washington Post on Wednesday evening. “I’m doing well.”

Atchison, known as T.J. to his family and friends, was a student at the University of South Alabama College of Nursing when his car crashed on Sept. 25, which, Atchison noted, was the birthday of Christopher Reeve, the actor who suffered a devastating spinal cord injury.

After undergoing emergency treatment at a regional medical center, Atchison was transferred to the Shepherd Center in Atlanta, which specializes in spinal cord injuries, for rehabilitation. It was there that he agreed to let doctors inject him with the drug — more than 2 million cells made from stem cells into his spine, he said.

“I feel really good about everything,” Atchison said. “I’ve got a positive attitude. I’m trying to live life to the fullest right now.”

The experiment is the first carefully designed attempt to study an embryonic stem cell therapy. It is seen by supporters and opponents of embryonic stem cell research as potentially pivotal to the future of the research, which proponents say could revolutionize medicine and critics denounce as immoral.

The trial is primarily assessing safety, but doctors are also testing whether the cells restore sensation and movement.

Atchison said he has returned to the Shepherd Center three times for follow-up testing and was scheduled for at least two more visits this year, but he would not discuss whether there was any evidence the therapy was helping.

“It’s too early to talk about that. We’re just in the early stages right now. It’s not at the stage to really know what’s going on,” he said.

Atchison, who has learned to drive a specially equipped car that does not require the use of his legs, said he was planning to return to his studies in August.

“I plan on getting back to school,” he said.

Atchison’s father said that his son has maintained a positive attitude, beginning when he was in the emergency room after the accident, and that he understood how seriously he was injured.

“He said, whatever the Lord leaves him with, he’ll do the best he can with it,” Atchison’s father, Timothy Atchison of Millry, Ala., said in a telephone interview Monday.

The Shepherd Center and the Geron Corp. of Menlo Park, Calif., which is sponsoring the study, declined to comment.