A fix for the broken heart: Heart Stem Cells Therapy 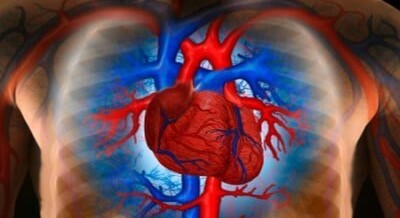 It killed 108,000 people last year in the UK, and there’s a heart attack every two minutes. Heart attack victims will be given a revolutionary new treatment involving an injection of their own stem cells to repair the organ damage that they have suffered. Groundbreaking clinical trials are to start at two London hospitals into the use of the stem cell therapy for heart disease, which is carried out within hours of a cardiac arrest.

Patients will be given injections of stem cells extracted from bone marrow taken from the hip to delay or prevent the onset of heart failure. Animal experiments and some clinical studies in Europe have suggested that the treatment will work, but the British research, to be carried out at University College Hospital (UCH) and Bart’s and the London, will be the first double-blind clinical trial designed to prove it.

Stem cells found in the bone marrow have the capacity to develop into a wide variety of cells. In this case, it is hoped that they will turn into muscle cells, repairing the damage of the heart attack or preventing it from occurring. Each year about 87,000 Britons suffer heart attacks — the equivalent to one every two minutes.

Heart disease, leading to heart failure, claims 108,000 lives in the UK annually. Fewer people have been dying during the acute phase of a heart attack over the past decade, but survivors often go on to die from long-term effects, including heart failure. John Martin, a cardiologist with the British Heart Foundation, based at UCH, said that there were many potential benefits to the new treatment, which could not only save lives, but also carried no added costs.

“There have been a couple of clinical trials in Germany to demonstrate that the technique is safe. In these trials, the bone marrow cells were given late, some time after the heart attack, in order to repair the muscle,” Professor Martin said. “We believe that if we give it immediately, it can prevent damage. We will show whether it works in acute heart attack — and the treatment will involve no extra stay in hospital and virtually no extra cost.” When patients are admitted to hospital after a heart attack, they are usually treated with balloon angioplasty, in which a catheter is inserted through the groin and into the blocked coronary artery. A balloon is then inflated to reopen the artery.

Professor Martin said that the technique had led to significant increases in survival and decreases in damage to heart muscle. The trial will test the effect of adding a further stage to the process. Bone marrow will be extracted from the patient’s hip bone, treated to separate out the right type of cells, and injected into the heart through the angioplasty catheter. The plan is to treat 100 patients at the London Chest Hospital, part of Bart’s, and the London Heart Hospital, which is attached to UCH. Half will be given the stem cell treatment, and half the identical treatment, but using a placebo. Neither doctor nor patient will know which is being given.

After two years each patient’s condition will be assessed using MRI scans, to see how well the heart is pumping, and there will be quality-of-life assessments to determine whether the patients given the bone marrow cells are fitter than the controls. “There is good animal evidence in rats and mice that it will work,” Professor Martin said. “There are no drugs involved, and nothing to patent, so if the treatment works it will be available to all who can benefit, without extra cost.” The trial has been backed by the UK Stem Cell Foundation, which helps pioneering stem cell projects, and is supported financially by William Bollinger and his wife, Judith, both successful bankers, and the London Development Agency. David Macauley, chief executive of the UK Stem Cell Foundation, said: “It’s an interesting approach, and the animal data says we’re going to see some benefits. Heart disease is still the biggest killer.

There is no quality treatment available for the damage done by a heart attack. “We want to see people getting back to work, or back to the golf course. We’re looking for very, very clear benefits.” Anthony Mathur, senior lecturer and consultant cardiologist at Bart’s, said: “If we can demonstrate improvement in the quality of life of patients, then this will be a significant step forward in the treatment of heart disease. “Because the stem cells are taken from the patient, there are minimal ethical issues surrounding this procedure. There is also less likelihood of rejection complications.” The trial was welcomed by Professor Peter Weissberg, medical director of the British Heart Foundation, who said: “In the future, stem cells could herald a new frontier for heart patients. We welcome research that helps us understand the potential role stem cells may yet play in treating heart disease.”