Would YOU Alter your Brown Eyes To Blue?

The jury is still out though. There is no doubt that people have a affinity towards bluish/greenish eyes. Such eye colors are primarily found in those of  North European decent even though they can be seen in other locations, such as Iran,Afghanistan and Pakistan. Blue Eyes are extremely valued since only about 9 per cent of the world’s population has them. And a distinct bias towards green and blue eyes does exist in society.  research study found that children born with blue eyes are likely to accomplish much more than their equals as they studied more efficiently and carried out better during examinations.

So how does the technique work? The detail remains secret, but it appears Stroma Medical has borrowed a concept from aesthetic physicians who use lasers to eliminate excess pigmentation from human skin.In the case of altering eye color, merely removing the brown pigment is sufficient to do the trick simply because blue eyes are not blue at all, as well as the sea is not full of blue water — it’s a trick of perception brought on by scattered light. A blue iris is simply an iris without a pigment of color. The effectiveness of the process, which is apt to be permanent, appears to be evidenced. However, the jury is nonetheless out as to whether or not it will pass safety runs.

A consultant dermatologist in London and professor at the University of California, Los Angeles, Dr Nick Lowe, believes that there will certainly be a demand for the Stroma technology, but advises against such an extreme treatment for the sake of an aesthetic result.

But aren’t lasers already used for eye surgeries in Thailand? 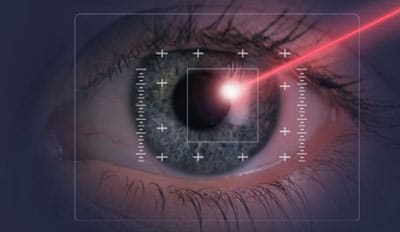 Different from corrective laser eye surgery: The treatment to alter the color uses a laser inside the eye, rather than on the surface.

The rule of thumb is that as soon as you expose the inside of your eye to a laser beam, your eye can be triggered more damage, so far only use lasers on the cornea, the surface of the eye. This new technique involves using a laser inside the eye. Dr Homer, however, insists that the Stroma device only aims the thinner pigment at the surface of the iris. He says: ‘We have treated 17 patients up to now and there had been no destructive side-effects.’

It may be the moral question which gives most people pause for thought. When I  heard about this technology for the first time it was pretty intriguing to say the least.